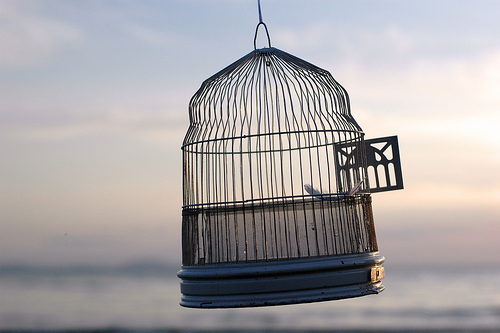 Let’s be real.  Are we living in the FULLNESS of who God has called us to be as worship leaders?  Are we walking out EVERY promise our Father has given us with faith and boldness?  Are we courageously stepping into the DESTINY that God desires for us?  Are we intentionally seeking Him, and proclaiming the GOSPEL to all the Earth?

I believe there’s something that keeps us from doing those very things.  Well… something that tries to, at least.  No, it’s not our schedule or how busy we are.  It’s not the fact that we haven’t had 27,952 prophecies to tell us what we’re supposed to do.  It’s not that God doesn’t love us enough to provide for us, or open doors, or make our dreams come true.  (He actually loves us A LOT… need proof? John 3:16 says, “For this is how God loved the world: He gave his one and only Son, so that everyone who believes in him will not perish but have eternal life.” #boom #Jesus #GodlovesYOU)  It’s not even that we’re incapable of walking in the fullness of who we’re called to be.  Usually, one little thing is the hinderance.

Fear often attempts to be the obstacle that trips us up in this race that we’re running.  Other sin does too, (Hebrews 12:1) but I’ve noticed that the spirit of fear tends to wrap its entangling little arms around many areas in people’s lives.  It tries to debilitate us, to hinder us, to delay and weaken us.  And you know, I’m done allowing fear to do that!  How about you?! 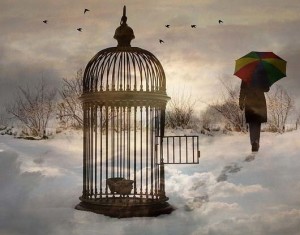 Imagine a bird just sitting in his cage…  but the door is wide open.  He’s perched there, believing that he will fly one day.  When this bird does, oh the places he will go!  The things that he will do!  Someday, when he gets out of this cage, he will help other birds escape their cages.  Then, there will finally be freedom!  The bird even prays for God to move mightily and wonders why there doesn’t seem to be an answer.  Maybe no one is even listening!  Sure, the door is open, but that’s not what the bird wanted.  He wanted the cage to be gone, so he didn’t have to admit the fact that it actually feels comfortable in there.  He begins to wonder if the door is actually open, or if it’s just an illusion.  Maybe it’s a trap, and he’ll get hurt if he tries to go out.  Who knows what could happen if he actually DID escape?  Would he even be able to fly?  Probably not as good as other birds who have been out of their cage longer.  And maybe he won’t even remember how to fly!  That would be horrible.  Maybe he’ll just wait.  Maybe it’s better to just stay in there a little while longer.

Brothers and sisters, I’ll admit it…

And that cage, is fear.

However, this bird’s story CAN become the beginning of our testimony, rather than our current reality. We can become cage-less birds! (Actually, there is a really awesome Christian community of artists and musicians called Cageless Birds, started by Jonathan and Melissa Helser.  Check them out on iTunes or on their website cagelessbirds.com).

As leaders we have trained ourselves to hide fear because we feel like we can’t let down those we’re leading.  We’ve become skilled at acting brave and confident outwardly, but inwardly, we are probably more cowardly than we’d like to admit.

As worship leaders, we’re called to exhort others to draw near to God, to choose faith not fear.  Sometimes it’s a difficult task when we ourselves are wrestling with things.  Though we do need to walk in obedience and declare truth when we’re not feeling it, the goal is not to “push through” and barely make it.  That can be ok, but I believe that there’s a greater way to fight.  We have the authority of Jesus Christ!  We can command everything that’s not of God to go to the feet of Jesus and await His orders.  We have the authority to command fear to GO!!!

Graham Cooke said, “We need to turn fear into a weapon that we drive into the heart of our enemy.”

Amen! As leaders, worship leaders, and really just as Christians, it’s VITAL that we take authority over anything the enemy tries to use against us.  Not just in corporate settings, but also and especially in our personal lives.  THAT is where true victory begins.

1 John 4:18-19 says, “There is no fear in love, but perfect love casts out fear. For fear has to do with punishment, and whoever fears has not been perfected in love. We love because he first loved us.”

Here’s a little acronym… mainly to encourage you, but also because I like acronyms. 😉

As we take authority over fear, do it with L.O.V.E.:

First, LOVE of the Father:  We must know, understand and receive God’s love for us, as his sons and daughters.  He is with us and for us!

Second, we must recognize that in Christ, we have an OVERCOMING AUTHORITY:  We need to understand that we have the authority of Jesus Christ to overcome fear!

Third, we should practice a VICTORIOUS VOCABULARY:  We need to speak the truth (what the Bible says about who God is and who we are in Christ).  Our words need to align with God’s Word.  We should guard our mouths as to never give credence to anything that goes against God’s truths for us.  Our words have power!

And lastly, we must have an ETERNAL MINDSET:  We need to be aware that we are called to bring Heaven to Earth.  We must walk boldly as we fulfill the Great Commission!

You CAN live in the fullness of who God has called you to be as a worship leader!  YOU can walk out every promise He has given you with FAITH and BOLDNESS!  I believe that you will COURAGEOUSLY step into the destiny that God desires for you: to intentionally seek Him and proclaim the Gospel to all the Earth!!!  Amen??  AMEN. 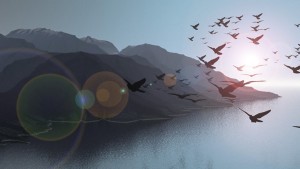 “But those who trust in the LORD will find new strength. They will soar high on wings like eagles. They will run and not grow weary. They will walk and not faint.”  –Isaiah 40:31 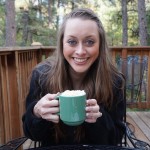 Kristin Basom is an Every Nation Campus Missionary at Mid-Cities. She loves serving alongside her husband, Will (ENC Director at Mid-Cities), at Midland College, UTPB and Texas Tech. She is Director over the ENC worship team, and passionately develops leaders, disciples women and evangelizes on the college campus.